No windows, tiles all around, a large sink, lots of storage space and a door that can be locked from the inside make the small room situated to the right of the entrance to WhateverLab the perfect place for our Fotolab/Chemielab.

If you are interested in developing your own film, in exchanging ideas with fellow photo nerds or just trying out stuff, join us at one of our irregularly regular meetups [de] or subscribe to our Fotolab mailing list. Most of us are amateurs btw., so there's no reason to be shy, even - or especially - if you are a bloody beginner! :) 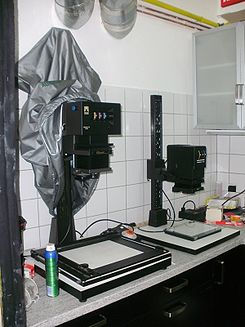 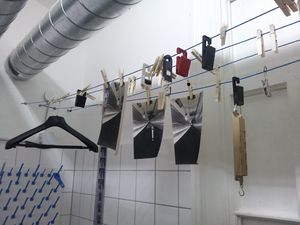 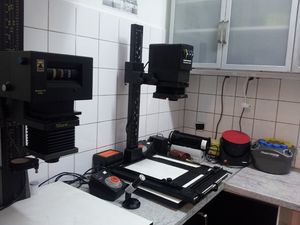 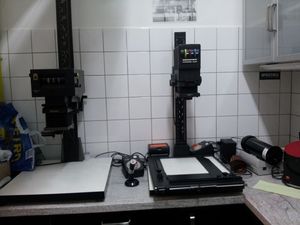 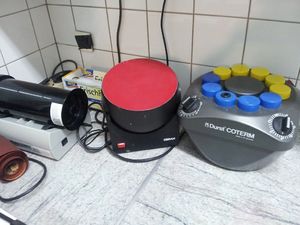 We have chemicals and paper in the lab, but look carefully for ownership labelz.

-> List of Fotolab Cameras that can be borrowed (work in progress)

Please refer to the Links subpage.