tDCS - zapping your Brain for Fun and Profit

tDCS wikipedia is basically applying a dc current across your skull. This is said to increase learning and reduce depression etc. if done right. Searching around on the internet (especially the subreddit) shows that building a tDCS device is actually simple - all you need is a battery and a L334M current stabilizing IC (and some resistors). Put this together with some sponge electrodes (can be constructed easily at least according to a source below) and you'll be able to stimulate your own brain.

Better learning/thinking, less depression by electricity across your brain? Sounds awesome! Let's do it because:

"Few things make you feel more irresponsible than relying on a subreddit for information on zapping your brain."[1]

There's a growing DIY community around tDCS - time to join in.

Created a simple DIY tDCS source - just breadboarded to try it out. Did a 15min session of 1mA (Anode around T3, Cathode above right eye) - except clear itching beneath the electrodes no marked effect that couldn't be placebo. Also Phantasus tried it out with the same itchy sensation. Let's see what happens if we do this more often... --Mihi (Diskussion) 23:57, 20. Dez. 2013 (CET)

The day after - hard to say: slept in and had fabulous breakfast. Sun is shining there are many reasons to have a great mood. Also feel very focused. Had the urge to ride my bicycle for a while last night (freezing) and felt very awake. But had a good relaxing sleep. Let's see could all just be confirmation bias. --Mihi (Diskussion) 13:48, 21. Dez. 2013 (CET)

Sewed the Electrodes - now placing them is less a question of pressing them together the right way.. 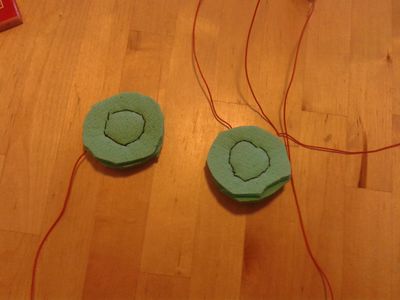 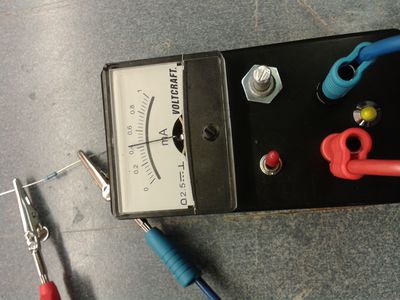 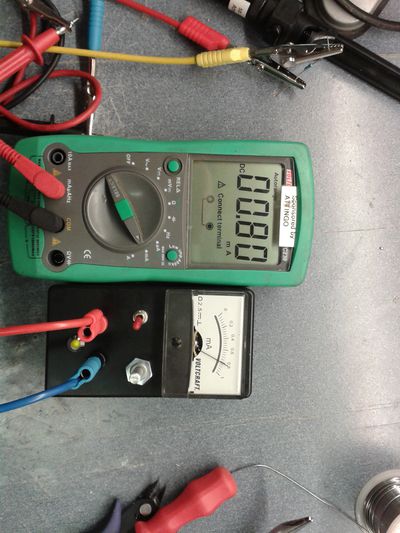 Since you're building this on your own you might want to make sure the device works as expected. I test my device using:

I put the resistor and the ampere meter (serially) to where my head would be in the circuit then fire it up. I make sure the current is properly adjustable and the meter I have is the same as the external ampere meter. I switch resistors and try again.

Only after doing this I can be sure that the current is properly limited by the LM334 circuit.