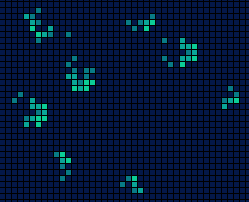 WebGL based EvoCell in the browser (2014)

Now metaz and I are working on a WebGL based reimplemntation of EvoCell in the webbrowser. Because we do the number crunching in the shader its 100-300x faster than the old Java version (and it will become even faster because of the evolution of gfx cards :) This is under development but can allready be checked out at:

EvoCell is an open source java software to evolve ruletable based cellular automata via mutations in the rule table. The code is a mess but it seems to run fine at least under Windows and Linux :)

I presented the software at 22C3 here is a video: http://www.youtube.com/watch?v=lJxqALVjz8o

After kybernet died evocell was unavailable for some time. I'll try to get the old documentation back online here. Meanwhile at least the 22C3 release of evoCell is available from the metalab svn server

The latest source can be obtained here. It's released under the GPL. It's an Eclipse project so it should be easy to compile it :)

These pictures describe the Java version of EvoCell, but the web based version will be a superset of what's described here ;) 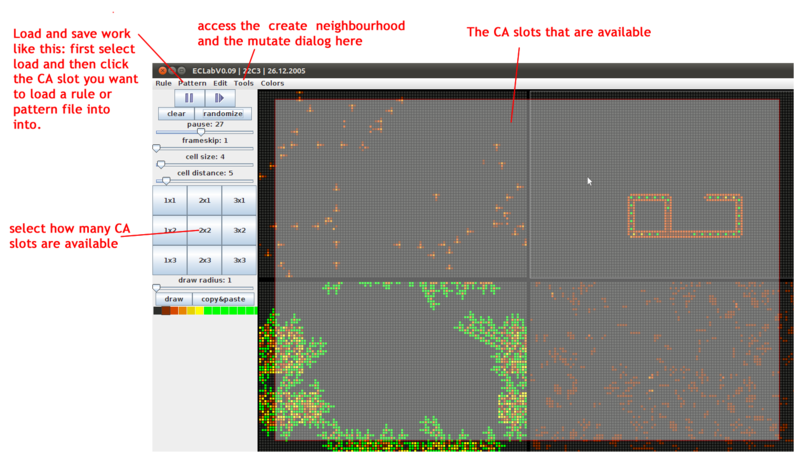 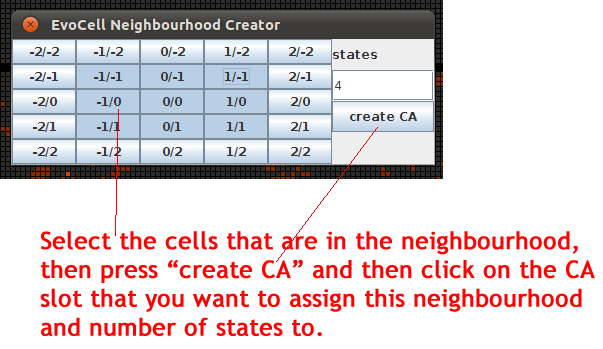 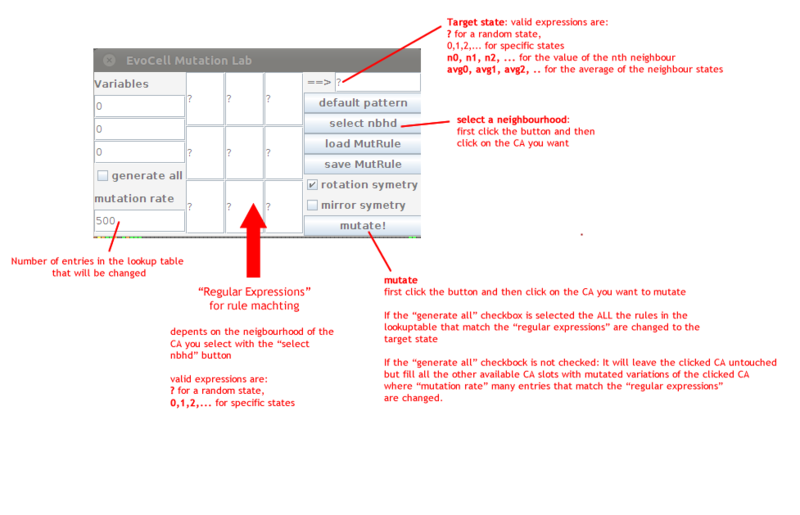