Let there be light. Or darkness. You choose. 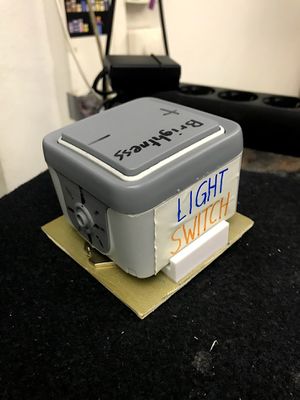 View featuring the Mode button on the side and the brightness buttons on top. 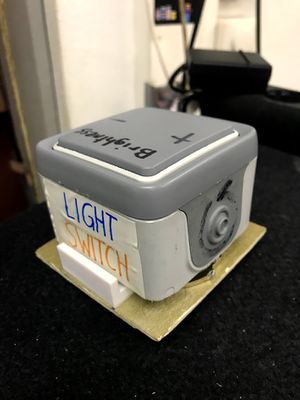 View featuring the Reset button on the side and the brightness buttons on top.

Once upon a time there was a nerd called BadPractice who realized he could bend the powers of the universe to his will and create blinkenlights using magic and pixie dust. After using a so called "3D printer", a magical device which can create objects using the users imagination, to manifest the first of the Interruttore, he was joined by several other wizardry people. And everyone lived happily ever after surrounded by bright blinkenlights. Which is actually not true because we all die one day and not even blinkenlight lasts forever, except for those blinkenlights in the sky but they burn out too one day because science says so.

This light switch has 4 buttons:

Each button is to be pressed shortly. For example: Holding one of the brightness-buttons does not result in a repeated button press. Short is key.