You're a network packet, surfing the tubular interwebs, trying to reach your destination as quickly as possible. The tubes are clogged by competing packets, whose movement causes the landscape ahead to change continuously. Recognize free paths that are forming, jump into breaches, reach insane speeds, avoid being wiped out by head-on collisions with hefty chunks of data.

An early alpha version was completed during our PyWeek sessions. 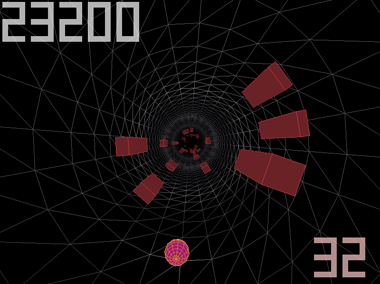